10 Reasons to Trek the Everest Base Camp

Nepal is the land of the Himalayas with 8 of 14 highest peaks in the world, including Everest. There are more than 1000 peaks in the Himalayas of Nepal. Can you believe it? If there’s one thing that people know about Nepal, it has to be Everest. Everest is the major draw for Nepal; every year, hundreds of thousands of travellers fly to Nepal to see Everest. More than 40,000 trekkers make their way to Everest Base Camp yearly in peak season. To complete the trek, trekkers have to trek for about 2 weeks from Kathmandu, ending in Kathmandu.

Everest Base Camp trek officially starts with an enthralling 45-minute flight to Lukla. You may not know, but Lukla airport is one of the most dangerous airports in the world. But this should not worry you because the pilots are highly experienced and operate more than 30 flights in and out of Lukla every day. Lukla airport is a small airport, yet one of the busiest airports in Nepal. The airport has 1,500 feet long and 65 feet asphalt paved runway at 9000ft. The flight is undoubtedly a thrilling experience and a perfect way to start the adventure to the base camp of the highest mountain in the world.

Namche Bazaar is a popular Sherpa town in the Everest region. Namche Bazaar is also called the “Gateway to Everest.” This bustling town at 3440m is a one-stop shopping hub in the Everest region. You can literally buy everything there. You could buy your trekking stuff or climbing gear if you missed one. You can have beers or whiskey there or play snooker there. Namche Bazar is home to World’s Highest Irish Pub that offers everything from tongba (a millet-based alcoholic beverage) to Guinness and Jameson Whiskey. Trekkers can acclimatize here and enjoy the stunning view of Everest and other towering peaks.

Every trekker primarily embarks on a journey to EBC for the view of Everest. If you want to embrace the best view of Everest, you will have to take on the adventure to Everest Base Camp. En route, there are a few viewpoints from where you can enjoy the view of Everest. Every day you will be trekking for at least 5 hours through rough terrain under the skyline dominated by some of the highest peaks in the world. Everest Base Camp itself, Kala Patthar, Dingboche, and Namche Bazaar are the prominent landmarks along the route from where you can enjoy breathtaking views of Everest.

Tengboche Monastery, amidst the Sagarmatha National Park, is the largest monastery in the Khumbu region of Nepal and a major attraction in the Everest region. Tengboche monastery at 3,867 m is a Tibetan Monastery welcoming hundreds of travelers every year. The monastery is draped with a panoramic view of mountains like Everest, Lhotse, Ama Dablam, and Nuptse. Mani Rimdu festival, a popular Sherpa 9-day festival, is held in this monastery every year. On the way to Everest Base Camp, Tengboche Monastery is a popular stopping point. 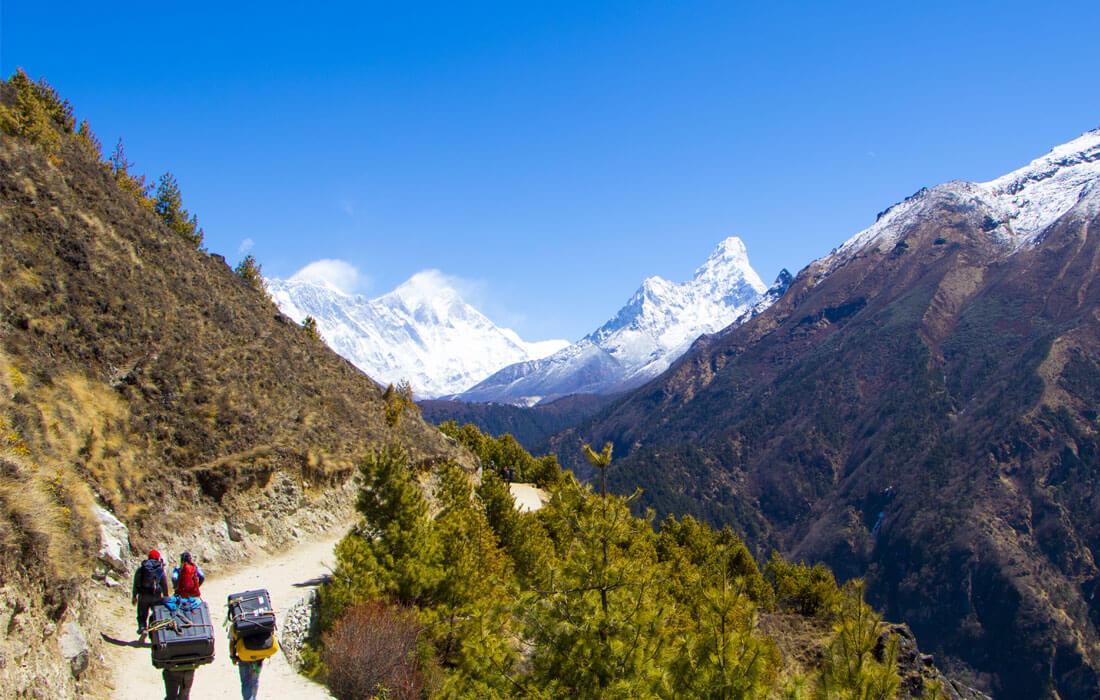 Sagarmatha National Park, established in 197, is one of the 10 UNESCO World Heritage Sites in Nepal. As a matter of fact, it was the first national park that was inscribed as a Natural World Heritage Site. Trekkers heading to Everest Base Camp have to walk through this national park. This national park is home to some endangered wildlife like snow leopards, musk deer, and red panda. There are more than 208 bird species, making it a great destination for birdwatching. There are more than 1000 floral species recorded in this park. From the park, trekkers can enjoy stunning views of mountains like Cho Oyu, Thamserku, Ama Dablam and other peaks.

The route to Everest Base Camp is dotted with local teahouses owned by local people. They cater services to thousands of trekkers heading to the base camp. Starting from Lukla, all the way to Gorakshep, there are enough teahouses for trekkers. Tea house trekking involves trekking during the daytime and resting at the tea house overnight. You will walk for 5-6 hours a day and eat and sleep at the teahouse every day. They offer a local food menu and simple rooms with basic amenities like a wooden bed, a pillow, a blanket and minimal furniture. A few of them also offer international cuisine, hot shower and wi-fi.

Everest is home to the Sherpa people, often called the mountain dweller. Sherpa people are considered the guardian angels of Everest. The picturesque Sherpa village in the Everest region is one of the reasons to trek to Everest Base Camp. The trek is an opportunity to immerse in Sherpa culture and interact with ever-welcoming Sherpa people. If you hire a guide and porter, chances are they will be Sherpa.

Ever heard the phrase ” Dal Bhat Power 24 hours?” Throughout the trek, you will be eating dal bhat and for a good reason. Dal Bhat is a stape and unofficial national food of Nepal. Dal Bhat means steamed rice (bhat) with cooked lentil soup (dal). It is served with vegetables, chicken/mutton curry, pickles, and curd. While there are food options for you, you will crave dal bhat every day. Dal Bhat is a well-balanced meal and undoubtedly a healthy meal. Nepalese people eat dal bhat twice a day. 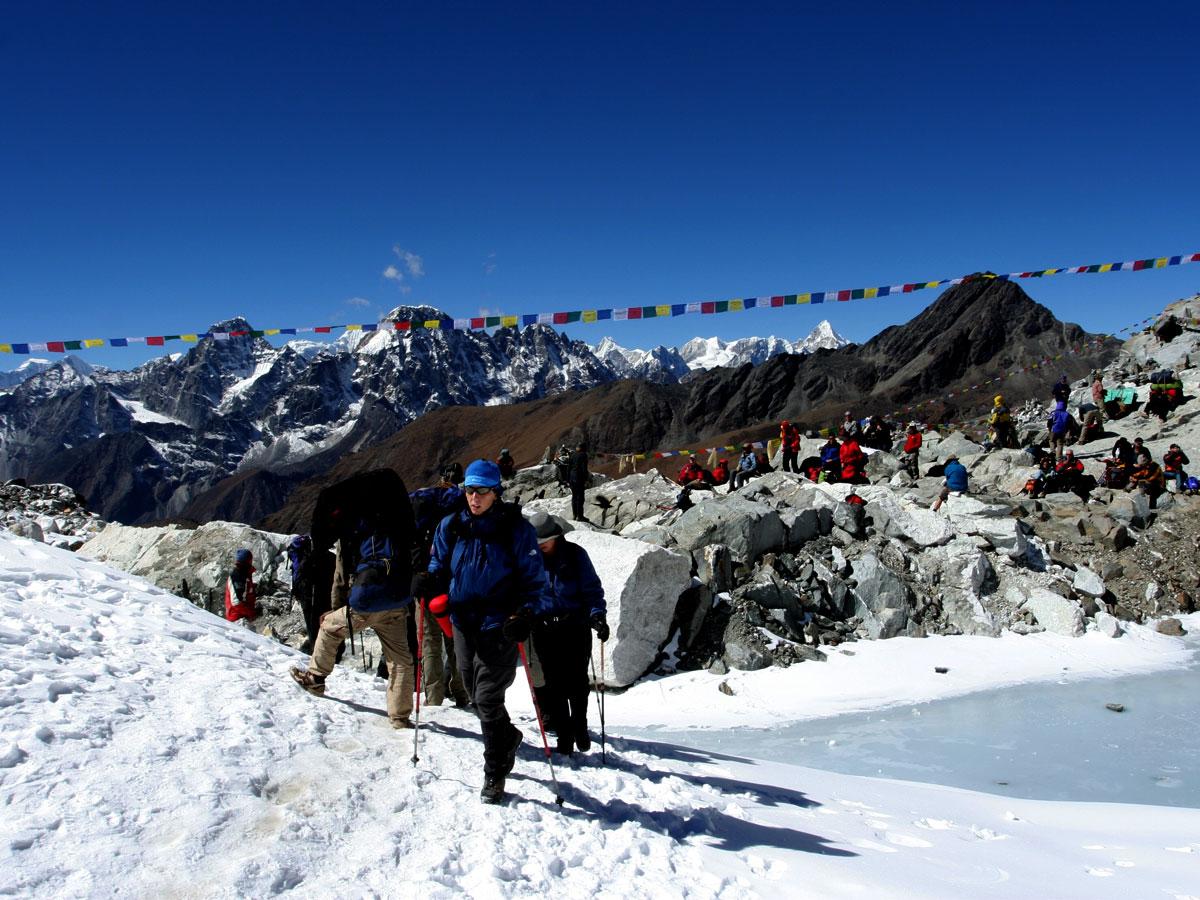 One way or another, the Everest Base Camp trek is all about mountains. From the day you start trekking, you will be rewarded with stunning views of mountains, including Everest. In addition, every walk en route to Everest Base Camp is an opportunity for photography. Navigate the classic trail, cross the suspension bridge, and traverse beautiful Sherpa villages to admire and marvel at the beautiful towering mountains. Trekkers get to enjoy 360-degree views of Mt. Everest, Mt. Nuptse, Mt. Lhotse, Mt. Pumori, Mt. Ama Dablam and surrounding peaks. Kala Patthar, and Everest Base Camp are the two popular landmarks to enjoy views of the mountains.

Getting the Right Assistance from the Embassy in Thailand

How to Find Rental Villa in Turks & Caicos: 5 Things You ...